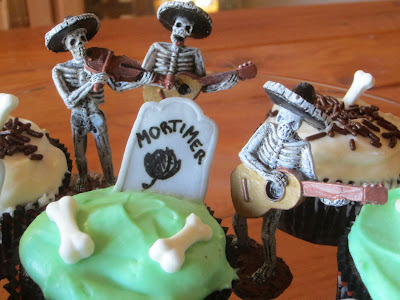 Thanks to the incredibly talented baker and writer Meg Muldoon for these AWESOME cupcakes!

Hope you all have some excellent and fun Halloween plans for the evening..

Jools
Posted by Jools Sinclair at 9:24 AM No comments:

On the Road with Abby and Frazier


Most of the time when I'm writing, I'm downstairs behind closed doors working on my laptop, trying to stay afloat in a stormy sea of words. When I come up for air (usually about lunch time) I like to do a little research.

It's pretty fun to head out into the world to find places for the characters in 44 to interact and socialize. I've found that scouting out these locations for chapters is an awesome perk of of the job.
It involves hiking local trails, checking out parks and spots along the river, and throwing back a few brews at popular pubs here in town. Just this last week I was over at Deschutes Brewery, "researching" tasty items on the menu. It's hard work, deciding between the hop hummus and pork tacos and then having to make a choice between Chasin' Freshies and Jubelale, but fortunately I'm a professional and am willing to do what it takes.

Because Dark Was the Night is set in Eugene, I knew I had to take a road trip. So last spring I talked Mr. Jools into going west so I could jot down a few notes and soak up the moist atmosphere of the city. 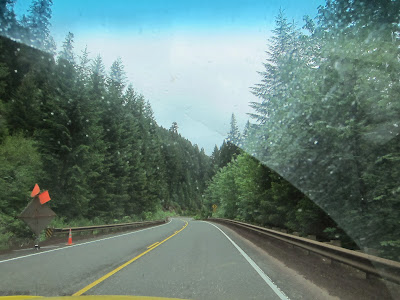 As we headed out, I started taking pictures. This is the road where Abby and Detective Ellis Frazier first begin to bond as they drive toward Eugene. I like this chapter a lot because Abby is leaving her home and heading into unfamiliar territory, which serves as a nice metaphor. 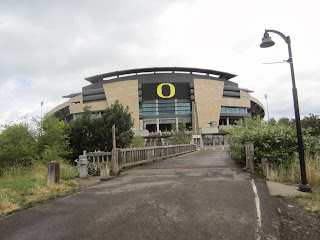 Even though it's a bit painful to put this shot up of Autzen (the Ducks did a total beat down on my Bruins this weekend), it had to be done. Students who live over at the Duck Village apartments (like Emily Ross) cut through the stadium's parking lot to get to campus. 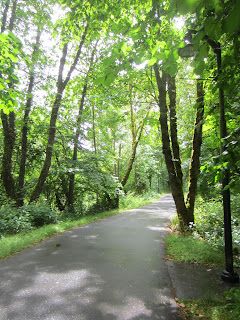 After a little while, I came to the part where the path winds through trees. It can be a popular trail full of students, but it also can be empty at times and plenty creepy. As I walked, I knew that this observation about its isolation couldn't be mine alone....


And then the trail opens up as it reaches the bridge that crosses the Willamette River (another scene from the book). 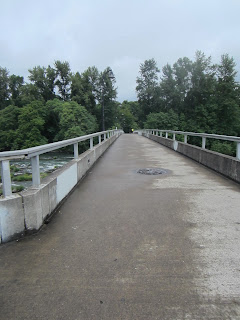 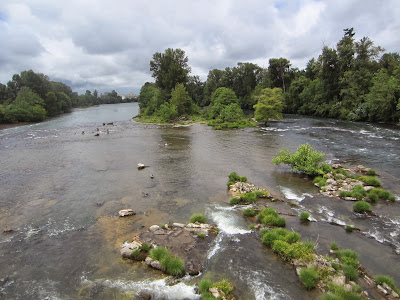 Needless to say, even on a nice day this bridge is a bit spooky. I guess that could just be my overactive imagination, but then again..... 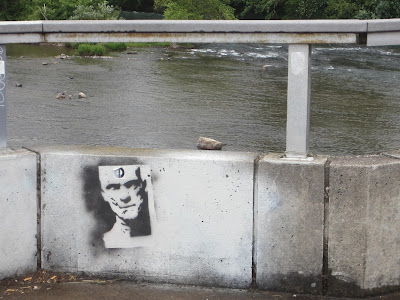 After a long afternoon of observations, it was time for research at a local pub. Afterwards, I was feeling recharged and sleepy at the same time (good for creative juices I'm told) and called it a day. Research would have to start up again in the morning....... 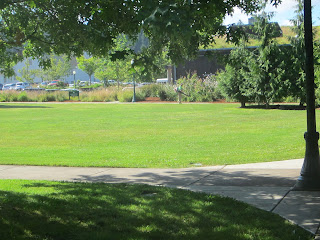 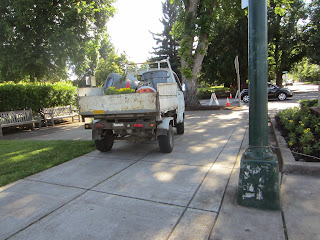 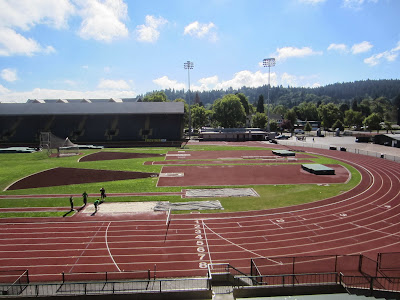 It was a fantastic trip to Eugene but alas, it was time to head back home.

For the next Abby Craig Mystery I'm thinking about a story set in Maui. Of course, I'll need to do plenty of research. The idea came to me yesterday morning after waking up and looking outside..... 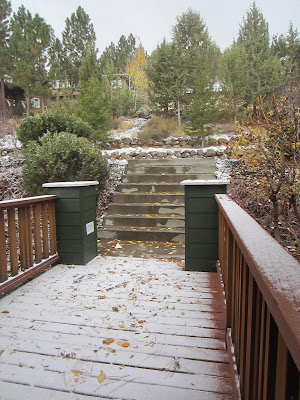 Hope you all have some fun Halloween plans in the works!

Update: DARK WAS THE NIGHT is now available! 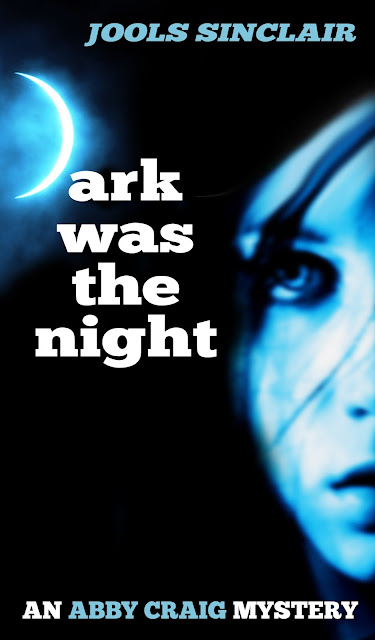 Dark Was the Night (An Abby Craig Mystery) is now available on Amazon and B&N. This standalone book in the 44 series can also be considered Book Eight.

Thank you so much for your excitement~ Happy reading!
Jools
Posted by Jools Sinclair at 5:12 PM 22 comments: