Five Things to Know about Forty-Four


I wanted to let you know that Forty-Four Box Set Books 1-10 will be featured Wednesday, March 16, on BookBub and will be on sale for only $2.99. That’s 10 books for less than three bucks!


On that note, this post is for the people new to Abby Craig’s story. Here are five facts that might be good to know if you’re just starting the books. 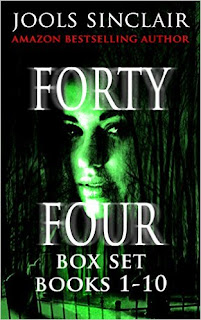