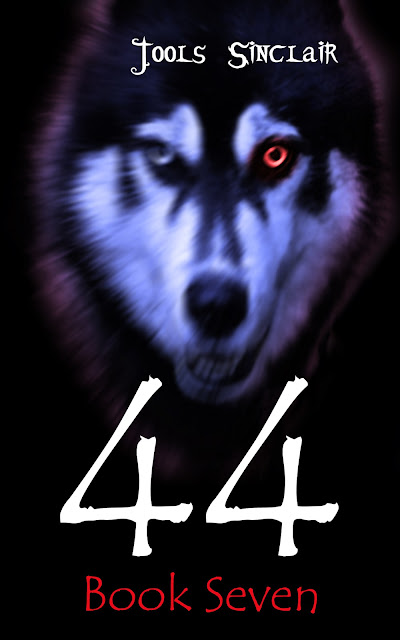 The day I thought would never arrive, has...

44 Book Seven is now available on Amazon and Barnes&Noble. It should go live on other sites in the coming days and weeks (alas, slow boats to China and parts in between).

Thank you all for being such amazing fans. Your enthusiasm and excitement over the release of Book Seven has been awesome!

Happy reading and hope you enjoy the book.

Just wanted to update you on a few things.

First, 44 Book Seven is scheduled to be released sometime next week. If you haven't already done so, don't forget to sign up for the New Book Alert Mailing List.

Also, if you have any friends who haven't discovered the 44 series yet, tell them there's no time like the present because the 44 Box Set, Books 1-5 is now on sale for $2.99 on Amazon and Barnes & Noble through Tuesday, March 26. 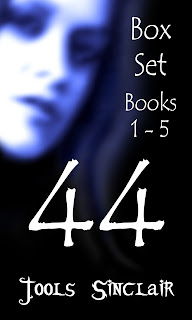 Thank you SO much for all your emails and support. The next time you hear from me, Book Seven will be available!

Hope you're having a great week. :)

Jools
Posted by Jools Sinclair at 9:23 AM 32 comments: 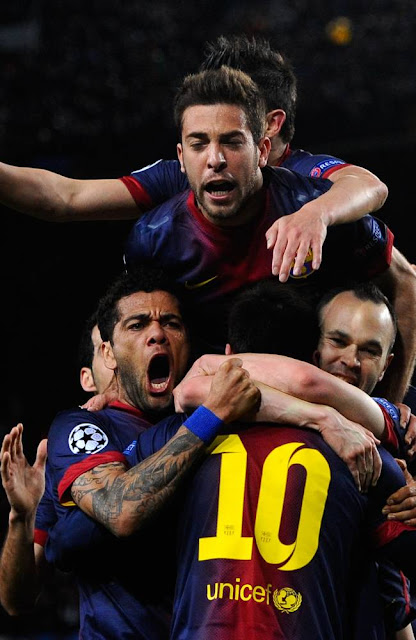 Backs again the wall, FC Barcelona came out fighting yesterday, igniting the field in an dazzling display of fireworks for 93 minutes--give or take a few shaky moments--and claiming their ticket into the quarter-finals of the Champions League.

It's a game that I'll always remember. My stomach was in knots as I watched the pre-game show, painful memories of an all too recent week where my team had lost three out of five replaying in my head.

They had put themselves in a hole by losing in the first leg to AC Milan 2-0. Not only would they have to score an insane amount of goals in the second game, but they had to keep Milan from scoring. One away-goal from the Italian team could easily eliminate Barca and put the final nail in the coffin.

But led by magnificent Lionel Messi, who scored the first goal at minute 4:44, they did it, winning 4-0. And I feel lucky to have been part of it, sitting in front of a giant screen in Bend, Oregon, watching from thousands of miles away.

Yesterday's game is the reason I love soccer so much (and probably why Abby Craig does too). It reminds you that anything can happen. That if you work hard, you're going to get somewhere. If you push yourself, you'll reach a new level. If you think it's possible, it just might be.

Soccer is about life. The ups and downs, triumphs and defeats. And every once in a while, coming together and creating magic.

I'm in the editing phase of  44 Book Seven, which should be out the last week of March. Thank you all for writing and joining the new book alert Mailing List... you'll be hearing from me soon :)

Happy Wednesday and hope all is well in your world!